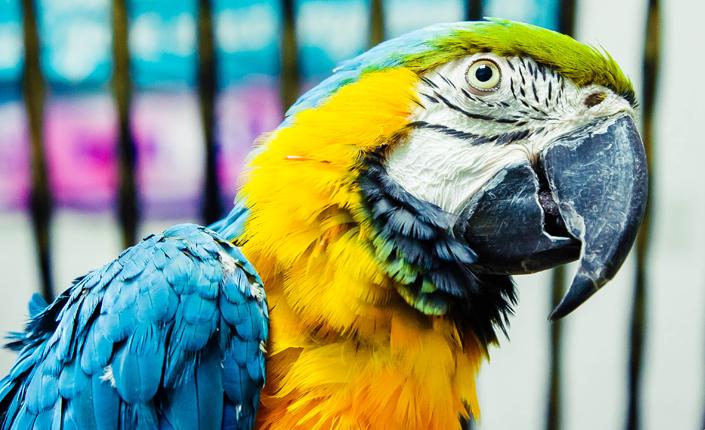 Laws are put in place to keep communities safe. Every once in a while, however, you come across a regulation that’s a real head-scratcher. Here are some of the weirdest and wackiest pet laws in North America.

Is there room in your heart for a capybara? Would adopting a sugar glider make your life even sweeter? What about a wallaby? Those are only three of the exotic animals that you can legally own in Canada. Provincial and municipal laws vary, so be sure to do your research before you consider bringing one of these unconventional pets home.

No Cattle in the House

Thinking about bringing Daisy the cow into your house? Mooove on. In Newfoundland, it’s illegal to keep a cow as a house pet.

Keep Your Squawking to a Minimum

Parrot owners in Oak Bay, beware! If you live in this Victoria neighbourhood, you can actually be fined $100 for a noisy bird. Sorry, Polly!

Rat owners in Port Coquitlam, British Columbia are not allowed to own more than four critters. Things could be worse for rat lovers. In Alberta, rat ownership is completely forbidden.

Keep A Lid On It

A live snake makes quite the fashion accessory…but not in Fredericton, New Brunswick where it’s illegal to “wear” a snake. Any snake taken out in public within city limits must be kept in a sealed container (which sounds like a good idea, come to think of it).

Don’t Get Sent to the Dog House

Looking to catch some Z’s? Your dog’s outdoor house may seem tempting but think again. If you live in Idaho, sleeping in a literal doghouse is an illegal offence.

Ask Before You Join the Pack

Hey Fido, planning a meet up with your canine crew? Not without the mayor’s permission, you won’t! That’s right. An Oklahoma town has strict rules when it comes to dogs travelling in packs on private property. Unless the dogs (or their owners, we suppose) apply for a permit, they cannot travel in groups of three or more.

Yup. Dogs aren’t allowed to bark after 6 p.m. in Little Rock, Arkansas. Over in Oregon, it’s illegal for dogs to bark excessively for more than ten minutes. In one Chicago suburb, dogs can’t be caught barking for longer than 15 minutes. These sound like tough rules to follow!

While the sitcom, Friends, may have taught “smelly cats” to not be ashamed of their odour, not everyone shares those sentiments. Galesburg, Illinois has a law in place that outlaws smelly dogs, cats, and other funky-smelling animals.

Do some research into weird animal laws and you might come across this head-scratcher. In Hartford, Connecticut, dogs aren’t allowed to be educated. Looks like your dream of seeing your dog in a cap and gown will need to be put on hold (in Hartford, at least). It’s hard to say how this law originated. Weird, right?

Now that you’ve picked your jaw up from the floor, you can delight your friends with your surprising knowledge of unusual pet laws!