< BACK TO BLOG HOME PAGE

Do you need more kitties in your social feed? We’ve got you covered! Check out these purrfect accounts for your daily dose of cuteness. 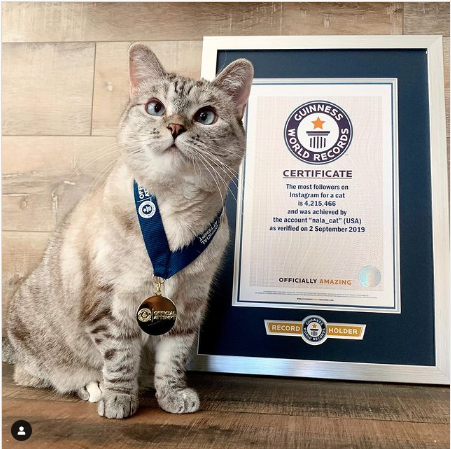 Nala holds the Guinness World Record for the cat with the most Instagram followers - a whopping 4.3 million! She’s known for her stunning blue eyes and cute facial expressions. 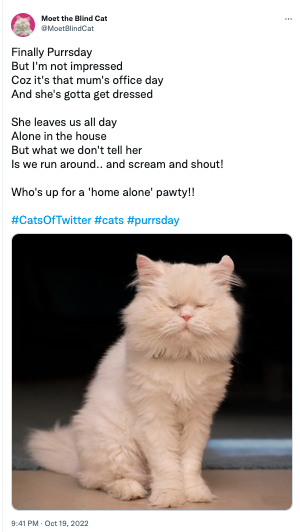 Moet is a fluffy white cat with no eyes! She had her eyes removed after she went blind due to neglect. Now she lives happily with her adopted sister Chandon, who is also blind. 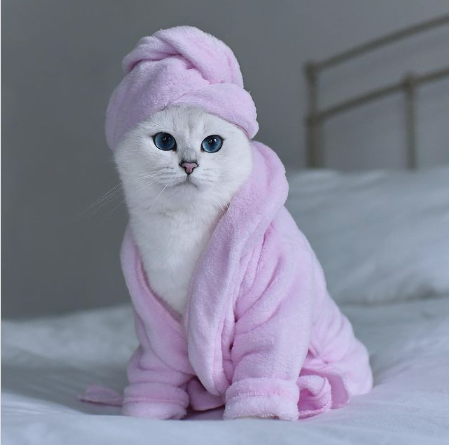 Coby is a silver British Shorthair with striking cobalt blue eyes, which is where he gets his name! He’s known for his funny and endearing photoshoots on Instagram. 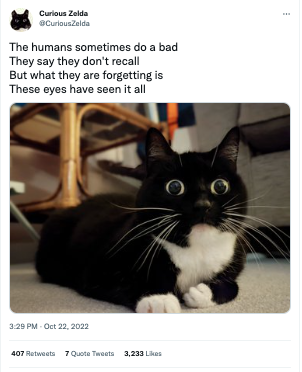 Zelda is a black and white cat with super round green eyes. As her Twitter bio states, she is “often caught staring.” She tweets deep poems about life, accompanied by pictures of her always-startled expression. 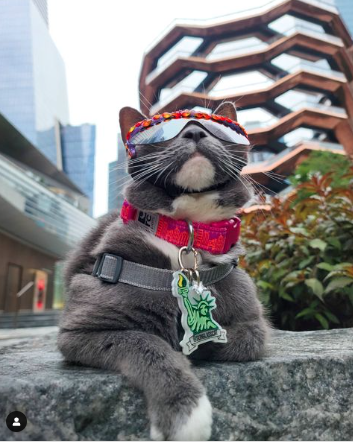 Bagel, also known as Sunglass Cat, was born without eyelids and is unable to produce tears on her own. She uses her blinged-up glasses to help protect her eyes from the elements when she goes outside. 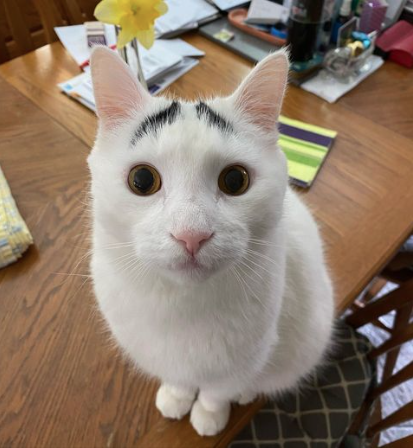 As stated in his bio: “This is Sam. He has eyebrows.” This adorable kitty always looks slightly concerned since he has patches of black fur on his face in the shape of raised eyebrows! 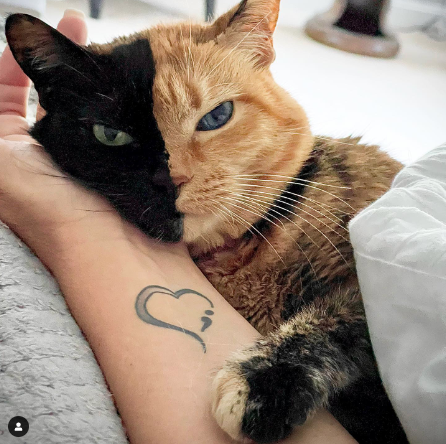 Venus is an American tortoiseshell cat with two strikingly different sides to her face! One side has orange fur and a blue eye, and her other side has black fur and a green eye. 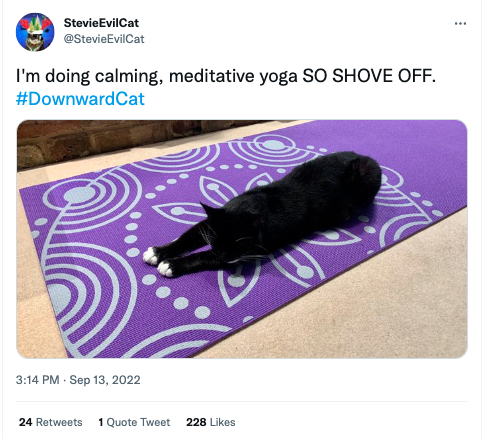 Stevie is a handsome black and white cat, who is also… evil. Stevie shares his villainous thoughts about various topics on Twitter, such as yoga. 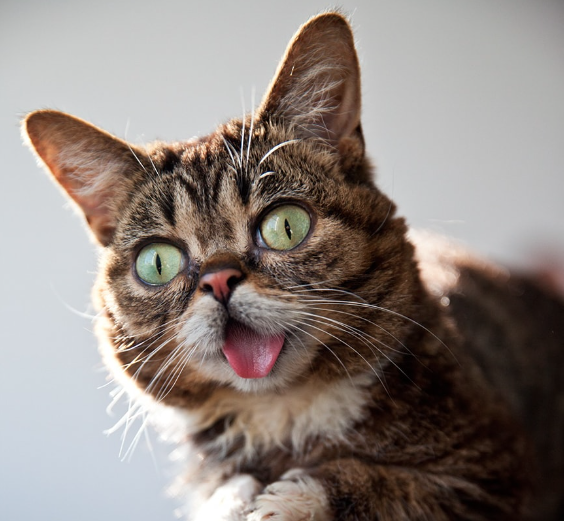 Although Lil Bub passed away in 2019, her owner continues to share adorable photos of her to social media. She was born with feline dwarfism and an underdeveloped jaw that made her tongue always hang out. 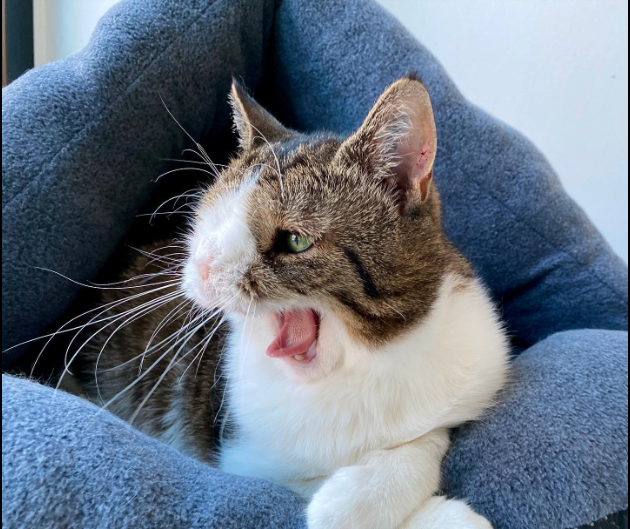 At first glance, you may notice that Monty has an unusually adorable face. He has a chromosome abnormality and was born without a nasal bridge bone. He lives happily with his adopted sister Molly, who shares a similar abnormality.

We hope these cat influencers brighten up your day as much as they do for us. Happy scrolling!